In an age of ultramodern technology for flight control and navigation in civilian and military aviation (satellite navigation, fly-by-wire etc.), ensuring flight safety enjoys top priority − even where adverse external influences prevail. Electrical systems have to function reliably and error-free regardless of any and all internal and external influences.

Airborne hazards can quickly result in disaster. The demand for uncompromising safety applies as well under severe weather conditions: extreme cold, snow, hail and thunderstorms. In particular the latter is a major challenge for on-board electrical and electronic systems (avionics), although aircraft are equipped with a fully conductive outer skin that functions like a Faraday cage – which means that in principle adequate protection against being struck by lightning is provided.

Danger due to Lightning

When two surfaces are rubbed together, electrons are transferred from one surface to the other. When in flight, an airplane rubs continuously against the atmosphere. This friction results in the build-up of a static charge within the airframe. The excess electrons tend to accumulate in the thin trailing edges of the aircraft such as the ends of the ailerons, rudders, elevators, flaps etc. If the charge in the various parts of the aircraft isn’t uniform, the likelihood of sparking increases which may result in fire. 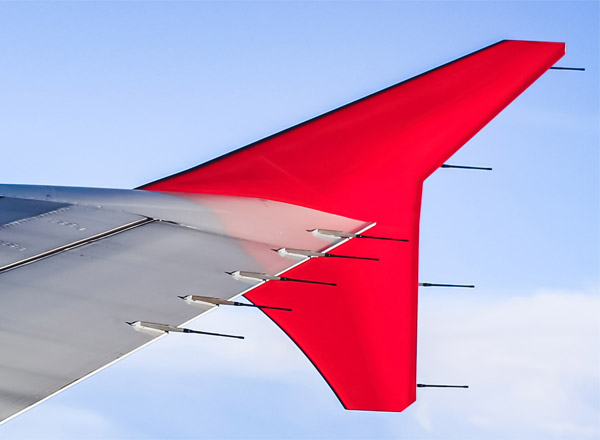 Static charges can also cause interference in aircraft radio equipment. In order to prevent this, aircraft are furnished with so-called wicks. These provide the excess electrons with a means of flowing back into the atmosphere instead of being retained within the airframe. Static charging is avoided in this way. The ends of the wicks look like brushes and offer only minimal resistance, making it easier for the electrons to escape.

Regardless of whether the aircraft is used for military, public or private purposes, the outer skin consisting of riveted, lightweight sheet metal components must be tested at regular intervals for adequate conductivity in order to assure that it continues to function as a Faraday cage even in the worst-case scenario, i.e. if it’s struck by lightning. If the outer skin doesn’t demonstrate adequately low impedance, partial interruption could occur in the event of high lightning current, thus resulting in the negation of the Faraday effect. The bonding test is based on resistance measurements at contact junctions and the wick test on the measurement of overall resistance of sections of the outer skin to the wick.

Resistances of just a few milliohms must be detected, and limit values have to be checked and recorded. Due to the fact that the wick includes a series discharge path, the spark arrester also has to be tested for correct functioning (after the low-impedance measurement) with the help of an insulation tester (METRAHIT IM XTRA or METRAHIT ISO AERO). 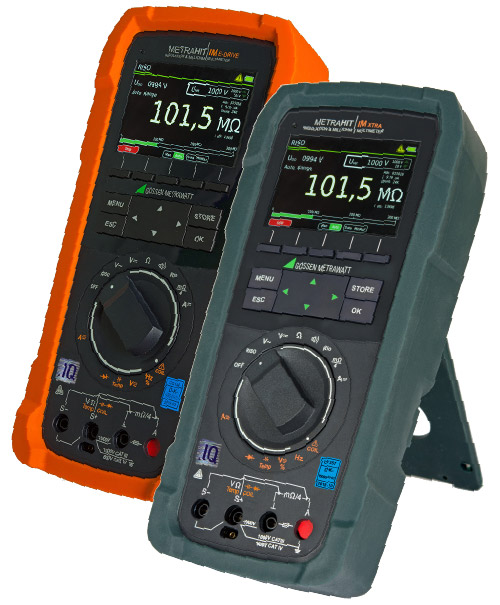 Multimeters − Portable and Compact, for More Safety in Aircraft

Milliohmmeters powered by large batteries, which are thus unwieldy and relatively heavy, were commonly used in the past for the bonding test. These instruments were also considerably more expensive due to higher levels of mechanical complexity. They offer test currents of 1 or 10 A (power pulse current!), whereas our instrument only delivers 0.2 or 1 A (pulsed) DC test current, but this is more than adequate for most applications.

The METRAHIT series of multimeters provides users with extremely lightweight, compact and rugged, battery powered, highly precise measuring and test instruments. These features are a significant advantage for on-site use. Beyond this, the comparatively low purchase price offers a convincing economic advantage.

The METRAHIT IM XTRA is an all-in-one handheld multimeter fur use in non-EX zones. In addition to milliohm measurement, it also includes insulation resistance measurement and all of the functions of a top-quality TRMS multimeter with temperature measurement. Due to its diverse measuring functions, it’s offered as an ideal solution for avionics service applications. Documentation of measurement results is simplified thanks to the interface provided as standard equipment, as well as IZYTRONIQ evaluation and management software.

PROVEN IN THE FIELD

Renowned aircraft manufacturers have been using the METRAHIT 27EX for years in order to detect contact junctions in potentially explosive atmospheres (fuel tanks). The METRAHIT 27 has been used over long periods of time in large quantities by specialized service companies, aircraft manufacturers, aircraft yards operated by the airlines, such as, for example, Lockheed Martin (service kit for F16 and F18 fighter jets), Lufthansa’s aircraft yard in Hamburg, a service company in Norway and many others.

The METRAHIT IM XTRA is a further development of the METRAHIT 27. It includes all of the functions of the time-tested METRAHIT 27, as well as useful state-of-the-art enhancements.